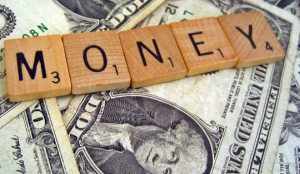 Hot-button legal issues are all the rage right now. With the new President making a lot of moves within his first few weeks, people are struggling to keep up. A number of these issues involve money, wages, and more.

So let’s slow things down a bit. Before you get a wages attorney in Kansas City, MO – let’s look at what changes may be coming down the pipe with regards to wages. The federal minimum wage isn’t $15 just yet, but that doesn’t mean things aren’t changing faster than ever.

First and foremost, it’s important to know that changes to wage laws are coming faster than ever before. There are new implications and laws being put into place every year. If you’re not a wages attorney in Kansas City, MO who is constantly paying attention to things, it can get confusing.

If you have been paying attention, you’ll notice minimum wages laws have not only been changing, but rising rapidly. While the federal minimum wage is set at $7.25 an hour, there are 29 different states that have set their own minimum wage.

Massachusetts and Washington State currently have the highest minimum wage, which is set at $11 an hour. A number of other states have also set minimum wages over $10 an hour.

Here in the Midwest, we’re still lagging a bit behind the coasts from a minimum wage standpoint. Kansas still uses the federal minimum wage of $7.25 an hour, while Missouri recently raised its minimum to $7.70 per hour in 2017.

The minimum wage isn’t the only law Missouri is looking to change. Republican legislators in the state have been working to change Missouri into a right-to-work state. Their goal is to eliminate the state’s prevailing wage laws and break unions.

While Republican legislators in Missouri believe the law will ensure workers are paid fairly while speeding up construction projects, others are not so sure. Democrats in the state have countered that these changes favor wealthy business owners and leave workers vulnerable.

As you can see, there are a lot of changes coming down the pipe regarding wage law in the United States and Missouri. It can be hard to keep up. This is why you need a wages attorney in Kansas City, MO if any issues arise. You need to know the money you earned will end up in your pocket.

That’s where we come in. Here at our Kansas City law firm, we’re committed to workers rights. If you’ve been taken advantage of and not paid properly, then get in touch today.